Permolex International was in need of a facility upgrade. The expert team at Impel Systems provided the solution by converting the existing, obsolete programmable logic controllers (PLC) to new; allowing Permolex to integrate the entire system to a single, reliable, and informative human machine interface (HMI). The upgrade and migration not only improved operator effectiveness, ensured system integrity, and maximized efficiency, but did so with zero added down-time.

The facilty’s primary feedstock input, non-GMO wheat, is sourced locally from approximately 1,400 Alberta farmers and used to create the three primary Permolex products: Bread flour (sold primarily within Alberta to baking suppliers for Costco and McDonalds), high-quality gluten (in high demand and sold internationally), and fuel grade ethanol (distributed in Alberta and BC).  Other by-products from the production processes are sold as animal feed, enabling the facility to be zero waste.

While demand for flour and gluten has remained consistent, the market for ethanol biofuels is in a particular time of growth because of its positive environmental impact. The Permolex facility produced 421,000,000L of ethanol between 2003-2015 and, as motor vehicle biofuel, eliminating 516,000 tones of greenhouse gas emissions, which is the equivalent to removing 108,942 cars from the road for one year.

Future development plans for the facility include the introduction of an anerobic digester to the final stage of production. This addition would use the by-product of the ethanol process to create green biogas for use in the on-site co-gen. This will create the ability to consume all process by-product during sustainably continued production and even feed excess power back to the grid.

Built in 1997, the Permolex Ltd. Facility is a very unique biorefinery integrating five traditionally singular production plants under one roof. The facility’s outdated controls left room for improvement. The existing PLC components were obsolete and unsupported by the manufacturer. The facility was built in stages over time, during which the system patches and undocumented quick fixes grew into a complicated and unmanageable puzzle. The operators became the glue holding together isolated systems and pockets of process disconnected from the main controls interface.

They were in desparate need of a facility upgrade that would not only link their mismatched previous systems but take them into new reporting and dashboard territory. Their systems were starting to fail and they were urgently looking for a replacement system and team to manage the upgrade.

Expert intervention was required to quickly sort through a tangled web of programming, panel hard-wiring and networking. Permolex turned to Impel to establish the most cost-effective strategy to restore functionality and reliability without creating excessive down-time; Impel provided a roadmap for the entire system upgrade.

The expert team at Impel Systems proposed and managed the upgrade in stages to allow for a streamlined approach. The solution included:

The upgrade and migration not only improved operator effectiveness, ensured system integrity, and maximized efficiency, but did so with a tight turn around and zero added down-time.  Previous stages leading up to this milestone included:

The final and fourth stage of updates were completed in May 2017 and included upgrading both the bread flour mill as well as the ethanol plant: 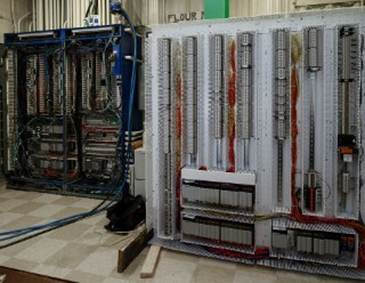 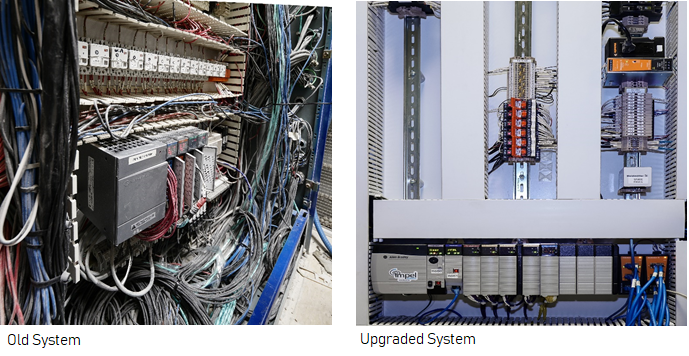 Re-termination of external connections could not be avoided for the flour process and labor costs per point were expectedly higher as a result. Despite the increase in costs, Impel remained focused on minimizing conversion down-time and pre-assembled an entire replacement panel back plate to simplify on-site installation requirements. The upgrade to the flour process included 527 discrete and 40 analog points. Installation and commissioning was completed in four days and nights by five workers. Utilizing the replacement panel back plate required a similar labor total overall, but moved three days of labor off-site and outside of the restricted shutdown time frame.

Impel completed the successful installation on schedule and provided remote and on-site support to train the new system operators. Operators can visualize their process with far more data and detail. The system expandability provides a sense of future-proofing, and the development path of those future controls requirements is clear and well mapped. Permolex Ltd. is in good hands with Allen Bradley ControlLogix and FactoryTalk products. Impel Systems has again demonstrated expertise in existing system assessment, integration, and the design of optimized controls solutions tailored to the client’s needs.